Time to Change the Conversation About Body Image

The fashion world appears to have come to the decision that being healthy is in. However, calls to action against unrealistic depictions of models and celebrities in fashion publications and other media have yielded few results. Publishing a few articles, about the deadliness of eating disorders, will not thwart dangerous is because the crux of the problem lies with flawed mentalities that have spanned generations. The body image discussion needs to be steered toward changing fundamental attitudes. As long as people are identified by the size of their bodies, this issue will never go away.

Currently, it is second nature to casually make a comment about a person’s weight. Terms such as “fat” and “skinny” are thrown around with no regard to what they actually mean. For instance, “Do you know Darcy? No? Dark hair? A bit on the chubby side?” is a perfectly acceptable way to begin a conversation about a woman. This creates divisions among women and places them in competition against one another. Then, as a defense mechanism, they will make snide remarks about others who do not look like them. It is a never-ending toxic cycle that has been going on for decades. Men also have issues with body image but women are 10 times more likely than men to have an eating disorder.

“Big is beautiful” or “Curves are sexy” are some of the popular taglines used in conjunction with initiatives to improve self-image.

But while these campaigns mean well, they are not the solution. They will only lead to a new mentality where skinny women are the enemy. Criticizing thinner women will only cause more strife. Some women will not gain an ounce no matter how much they eat while others cannot lose weight even if they starve themselves. Instead of endorsing a certain body type, such campaigns should promote healthy eating and exercise. The message should be that all body types are beautiful.

Those positive messages would be a start. However, change will only occur if, as stated earlier, comments about body weight are not casually strewn about in conversation. Calling someone a “fat cow” or saying “she needs to eat a hamburger” are phrases that are all too common. This is a form of bullying and should not be done – even in jest. Furthermore, descriptive profanity words should never be tolerated. There is no need to call someone a skinny b—- or a fat a–. Words are powerful and they resonate with people.

The fashion industry has influence over television, movies, magazine, music etc. Therefore, it has the ability to revolutionize the way our society views beauty. Earlier this year, Vogue announced that 19 editors have formed a pact to not work with models “who appear to have an eating disorder”. They will also not feature models under 16 years of age. That is a small step toward the right direction but it is not enough. Other measures need to be made to ensure that change will happen. Fashion designers should stop making sample sizes of prom dresses and other special events smaller because doing so pressures models to become thinner. They need to stop thinking of models as mere hangers for their designs. Fashion magazines should stop airbrushing models and celebrities to make them look doll-like. With increasing technology, this practice has become a regular occurrence even though it is blatantly obvious. Cover stars are sometimes missing a hip or a shoulder because someone was overly eager with the mouse. Maybe magazine editors do not care if the airbrushing is apparent because it is expected. However, these fake images have a negative impact on women. Although many know that the images are false representations of a real woman, the subsequent comparison is instinctual and unavoidable. The American Medical Association said as much when it asked advertisers to curb body enhancing practices because they help cause “mental and eating disorders”.

Women begin comparing themselves to others at a young age. It starts with the dolls they play with at a young age. Typically, dolls have an hourglass figure with a tiny waist and disproportionately large breasts. After that, young girls are continually exposed to the aforementioned false images of women. Meanwhile, their appearances are constantly being judged by their peers. Children need to be taught at a young age that they should not judge or refer to others by their size. There is hope for the future since younger generations are being proactive about this issue. Recently, 14-year-old Julia Bluhm’s online campaign and demonstrations pushed Seventeen magazine to form the Body Peace Treaty. This treaty states that the magazine will never change body shapes or faces and will only feature healthy models. This is just one instance where young people are rising to fight against the unreasonable expectations set forth by society. Whether it be the style of designer dresses worn by celebrities on the red carpet, or the unhealthy habits often considered the norm in our culture — it is easy for teens and adolescents to get the wrong idea about body, self-image, and confidence.

Altering the zeitgeist of a society will be a battle. But it is not impossible. Imagine a world where a person’s body size does not enter the conversation. Where women are not trying the latest master cleanse or miracle diet pill to lose weight. A world where they feel comfortable in their own bodies because people are not making snide remarks about them. 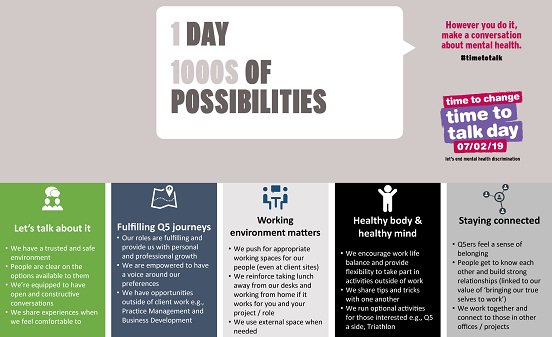 There is no preference for a certain body type in that world so young girls will not have distorted views on body image. The fashion world continually launches new trends and stirs established conventions. It has the authority to make this dream world a reality.